Hope (Two Stories and a Treatise)

Everyone knows that there are hummingbirds about in the summer, but how often do we see them? I remember that when I was a kid, I saw pictures of ruby-throated hummingbirds in my mother’s bird identification books, and I knew that they are the smallest, most delicate of birds, that they hover in the air over flowers to feed on nectar, and that the incredibly rapid beating of their wings is what makes the humming sound. But I had never seen one.

One summer, when I must have been about ten, my family was on vacation at a farm in Pennsylvania where there was a large and varied flower garden, and I saw a hummingbird feeding in the garden, and heard its wings hum, saw its bright ruby throat and shining green back as it dipped its long, slender beak into a deep flower. I don’t remember ever seeing one again, not until we moved to our current house about thirteen years ago and my wife decided to set out hummingbird feeders.

Hummingbird feeders are brightly colored plastic containers that hang from a branch or a hooked wrought iron stand set in the ground. They hold a saturated sugar-water solution like nectar, and the humming birds hover over them and dip their beaks through holes in the top.

We have three feeders, outside the big picture windows in the living room and dining room, and on a potted tree on our patio. (It is three feet behind me as I type at the picnic table.) And all spring and summer, we have a parade of hummingbirds outside our house, sometimes two coming at the same time and fighting and chasing each other, because they are territorial and aggressive little buggers. And I was watching one feed outside the living room window this morning as I settled to meditate, and it reminded me of this whimsical little story from our previous trip to Acadia National Park, five years ago:

It was morning, early in the day, and it was cloudy and damp, with occasional drizzle. We were in the low lands between two mountains, close to the end of Eagle Lake, in a thick mixed forest with a muddy floor, ferns, moss, and mushrooms. We paused to check the map, and, out of the corner of my left eye, I saw something hovering in the air, several feet away. I could see that it was light green, about two or three inches long, and hovering in an upright position, but it wasn’t in focus. I turned my head and looked at it, but it remained just a vague, green “something”. When it realized that I was staring at it, trying to see it, it disappeared into the dark, misty forest.

Based on its habitat, its behavior, what little I could see of it, and the fact that it couldn’t quite be seen, I can only conclude that what I saw was a fairy. I had never seen one before. Haven’t seen one since.

So, what I want to know is, does anyone know how to make a fairy feeder?

When I wrote “Toward a Unified Theory of Everything” about a month ago, I promised that I would soon finish the thought, and that the coming installment(s) would be a bit more practical than the foundation and ground floor I prepared; it is now time to make good on that promise. You probably should reread that post, and then come back here, or you can trust in memory and the very brief recap of the conclusions that follows.

My Unified Theory of Everything relates to metaphysics, the “branch of philosophy concerned with explaining the fundamental nature of being and the world …”. (Quoted from Wikipedia.) While this sounds like what the physicists are up to, we are actually looking at different questions; while the physicists concern themselves with the physical, I am more interested in what is above, behind, and around the observable physical world. (This gives me a lot more freedom than a physicist, but it’s mostly freedom to make an ass of myself.)

In the earlier post about the Unified Theory of Everything, I made the scientifically unexaminable claim that everything that is, both Divine and (supposedly) profane, is simultaneously identical and unique, and I made the further claims that this is what gives rise to love, and that love is the most potent force there is. That post explains the thoughts and experiences that lead to the first two claims, and this blog in its entirety presents a small portion of the experiences that bring me to the last claim. But, other than telling more stories of love at work in the world, I have no further evidence, I have no further proof. I can only suggest that the skeptical reader see if they can replicate my results (which are only the confirmation of many other investigators’ researches) by spending time daily in inner and outer silence, asking answers of the Universe. (Woody Allen once said that he was expelled from college for cheating on a metaphysics exam; he looked into the soul of the student sitting next to him.)

Now, we know that the things discussed by physicists have real and observable consequences in our everyday world. Think of what happens when people act as if the law of gravity didn’t exist; people get hurt and things get broken. When people ignore the laws of thermodynamics, things burn, and people get hurt. How much more so must the fundamental and grounding nature of reality have consequences for us?

The nature of reality is thus: God, humanity (both individually and collectively), and nature are One, even while they are distinct and unique. This fact, this rootedness in each other, is what we experience and describe as love and is the strongest force there is, a stronger force of attraction than even gravity.

(Is it an act of chutzpah for someone who writes about fairies to claim to understand the fundamental nature of reality?)

This is easiest to see at the personal level, where the anger, fear, hate, and vengefulness that typify the defiance of love are obvious, and the connection to violence is clear. We also know that people who isolate themselves from others bring unhappiness on themselves, as do people who allow themselves to indulge in anger, hate, fear, or other ways of refusing the demands of love. (“Anger is an acid that can do more harm to the vessel in which it is stored than to anything on which it is poured.” – Mark Twain.)

Is it possible for entire societies, entire nations to defy the law of love? Of course. Does it inflict great harm, both on others and self when this happens? Certainly.

I mentioned quite recently that the concept of community is very important to me. Indeed, if you will just look at the word itself, with its root word uni, meaning “one” and its prefix, co-, meaning “together”, do I need to explain further, or discuss how relevant this is to the Unified Theory of Everything? Clearly, when we live together with love, what we experience is community.

And when we live together with love, that is, in community, doesn’t it also follow that we must feel together, that what causes pain for one causes pain for all? The word that means “feeling together” is compassion.

At the same time, our public conversation and policy are full of scapegoating, factions, lies, and violence. We actively destroy community with fear-inducing lies that turn us against each other and by equating liberty with freedom from responsibility to each other. We haven’t merely taken a crowbar to our community, we are hammering and clawing at the very fabric of existence, thinking we can defy love and the gentle demands it places on us.

Can you see the damage we have already inflicted on ourselves?

How long can such a society survive?

Time is short. My stage-IV cancer is currently in remission, but society’s is not, it is active and aggressive. (The cure is not politics, it is love.)

This blog was born one evening last April, when I was talking about the news with my sister. At the time, the governor of Wisconsin was setting faction against faction, scapegoating the public servants of his state, and turning society against those who serve them, in anger and fear. Remembering how Martin Luther King was murdered in 1968, while speaking out in love for public employees in Memphis, I said Where is Dr. King when we need him so much? It was that moment when I truly realized that it is up to us now, we each must do what we can, say what we can say. This is my voice.

Who will speak for love? Who can speak from love and with love? 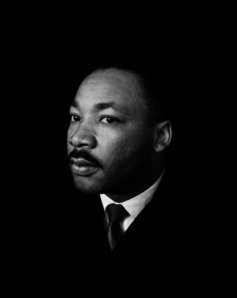 5 responses to “Hope (Two Stories and a Treatise)”